THE IRELAND CHILDREN’S OMBUDSMAN called the government’s record on child poverty “shameful” and said “we should all bow our heads in shame” at the extent of the problem.

Dr Niall Muldoon, who heads the statutory office responsible for promoting the rights and well-being of children, said the government is failing to prioritize vulnerable children and continues to miss its own goals of reducing child poverty . He said the government had “lost (its) way” on the issue.

While European and national poverty measures differ, since 2010 the number of children at risk of poverty or social exclusion in Ireland, the main indicator for measuring poverty in the EU, has been above the average of the EU. Ireland is one of five EU countries that have been above this average for ten consecutive years. The other countries are Romania, Spain, Bulgaria and Greece.

“I think even the fact that we are above the [EU] average should shame us… If we look at our income, our returns and our financial security, we are in good shape, very good shape … There are countries that prioritize [children] and ensure that children do not live in poverty. We have to do this and catch up, ”Dr Muldoon said.

Dr Muldoon previously called on the government to enshrine the right to housing for all in Ireland into the Constitution and to commit to ending family homelessness within five years.

He said: “We need the government to work together and put children’s rights first… We need to find a social contract that says’ we regard you as children with the right to safe and secure housing, without being at the mercy of a tenant or owner.

Over 2,500 children will be homeless this Christmas, many of whom will be staying in hostels, B & Bs and family centers.

Housing Minister Darragh O’Brien said over the weekend he expects the number of homeless children to increase in the coming months, but told the Irish Examiner he was doing ” absolutely everything in [his] power to improve the situation ”.

Homelessness numbers have been rising every month since May after initially dropping at the start of the pandemic due to the temporary rent freeze and the government-ordered eviction ban. The removal of these measures in August saw the number of homeless children increase rapidly, reaching 14.5% (2,513) in October.

Barnardos, the country’s largest children’s charity, says official child homelessness figures fail to register the thousands of other homeless children and go largely unnoticed. These are the “hidden homeless”, children who sleep on the ground and on the sofas of friends and relatives and whose living situation is precarious but is not recorded. He believes that for every homeless family there is another in hidden homelessness.

Barnardos retired CEO Fergus Finlay said it’s the emotional damage that homelessness wreaks on children that bothers him the most.

“I think at the end of the day what we’ll find out is (that) the emotional damage caused by homelessness is even worse than the damage to mental health, cognitive damage, intellectual damage, no learning, ”he said.

“I think the pain of homelessness will be the thing that stays in a child’s heart the longest. Children are hurt by homelessness and I find it almost unbearable and certainly unforgivable.

Research conducted by the Royal College of Physicians (RCPI) found that “the experience of substandard housing has been shown to increase the risk of severe physical and mental illness and disability during life by up to 25%. ‘childhood and early adulthood’.

In November 2020, a joint HSE and RCPI report highlighted the disproportionate impact of the pandemic on children living in poverty, stating:

The quality of life of children marginalized by poverty, inadequate housing, parental mental health or addiction issues and cultural differences has deteriorated significantly during the lockdown of the COVID-19 pandemic.

“(It is) an experience that has a long lasting psychological effect that is a real shock to the whole psychological integrity of a person. And it’s much deeper when it happens in childhood.

“He had a difficult childhood”

These “long-lasting” psychological and emotional effects are a constant source of concern for many former homeless parents, including Mary *.

For 16 years, Mary immersed herself in various forms of accommodation and homelessness, spending a period of two years in emergency accommodation with her children, before finding her “forever home” in 2018.

During that 16-year period, Mary gave birth and raised three of her seven children, with John spending the longest time homeless.

Mary points out how badly John’s mental health was during their stay in emergency accommodation, describing the ten-year-old’s mental state as “depressed.”

She attributes much of John’s current emotional struggles to his experience of homelessness as a child, adding that his high rate of school absences, as well as his low membership in the Youthreach program, lead Mary to leave. worry about her son’s future.

“John struggled with issues of anger and trust… I think John must have grown up a lot faster when he was homeless,” said Mary, adding that John would have taken “a bad road” a long time ago. if his partner wasn’t so strict with him. 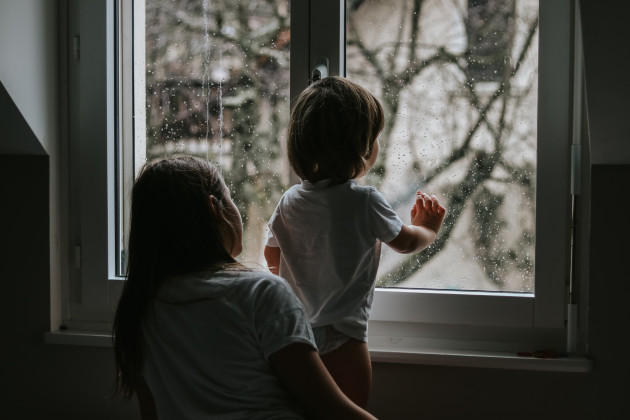 Although she was released from homelessness three years ago, Mary knows the reality facing thousands of Irish families living in homelessness this Christmas.

After spending two Christmases in emergency shelter with her children, Mary describes the experience of being homeless throughout the holiday season as “horrible, cold, depressing and humid”.

“I tried to give [the children] all I could, they were so young, [but] it’s just awful. It’s lonely, very lonely, ”she said.

No news is bad news
Support the journal

Children’s ombudsman, Dr Muldoon said he has also pushed for an increase in the number of child support workers, to help children and their families cope with their experiences of homelessness. However, he said: “this has not happened”, adding that his department “cannot get a clear answer as to why we cannot improve this support.”

Niamh Lambe, who leads Focus Ireland’s Homeless Family Action Team (HFAT), says only 80 of the 700 children who use the team’s services have access to a social worker.

“You have to choose the most traumatized children, the most in need, to have a supportive child … [But] they’re all traumatized, you know, parents are stressed, everyone needs that little extra, ”Lambe said.

Asked about the increase in the offer of child assistance, the Department for Children, Equality, Disability, Integration and Youth (CEDIY) did not respond.

Dr Muldoon, who is a registered clinical psychologist, said: “Everyone needs shelter. You cannot start anything else in life without your safe and secure shelter. This is where you can go back and be yourself, where a kid can come back and cry and ask who they are, what’s wrong, who are my friends, who am I?

“This is where they learn things. And if they don’t know where they go (sleep) every night, they don’t know if that house will be there next week or the week after, that’s a really negative impact on that kid, you know, he makes them really anxious and anxious for the rest of their life.

The Department of Housing, Local Government and Heritage says it has recognized homelessness, “especially child homelessness”, as “one of the greatest challenges our country faces today” and ” a key priority for the government ”.

A spokesperson then described the recent increase in homelessness figures as “very worrying” and highlighted the efforts made by the government to combat this problem, more particularly the Housing for All plan, in which the government has allocated € 4 billion for the construction of social and affordable housing with the aim of eliminating homelessness by 2030.

In his proposed framework, A Better Normal, Dr Muldoon pointed to a report released by the Institute for Economic and Social Research (ESRI) last year that predicted that up to one in five children could be at risk of poverty. here the end of the pandemic if the Irish economy fails to recover sufficiently.

According to the CEDIY department, Minister Roderic O’Gorman met with Dr Muldoon on the A Better Normal framework, which calls for making the eradication of child poverty and ending child homelessness a priority .

A spokesperson said tackling child poverty was a priority, noting that “the minister has made it clear that while progress has been made, there is clearly more to be done,” adding that “the fight against poverty and the effective implementation of the Child Guarantee will require the commitment and active participation of all government departments to ensure that it is collaborative, integrated and, ultimately, effective in those who face poverty ”.

The government’s new national policy for children and young people, to succeed the existing framework, has been postponed to 2022, a decision taken by Minister O’Gorman “in light of Covid-19”, alongside the progression of the European Child Guarantee and Development Report of Ireland to the United Nations Convention on the Rights of the Child.

Advocacy groups such as Social Justice Ireland say the delay is “worrying” and “very regrettable”, adding that the successor framework and the European Child Guarantee have the capacity to be developed and progressed at the same time.

The government is due to release Ireland’s national action plan under the European Child Guarantee in March next year.